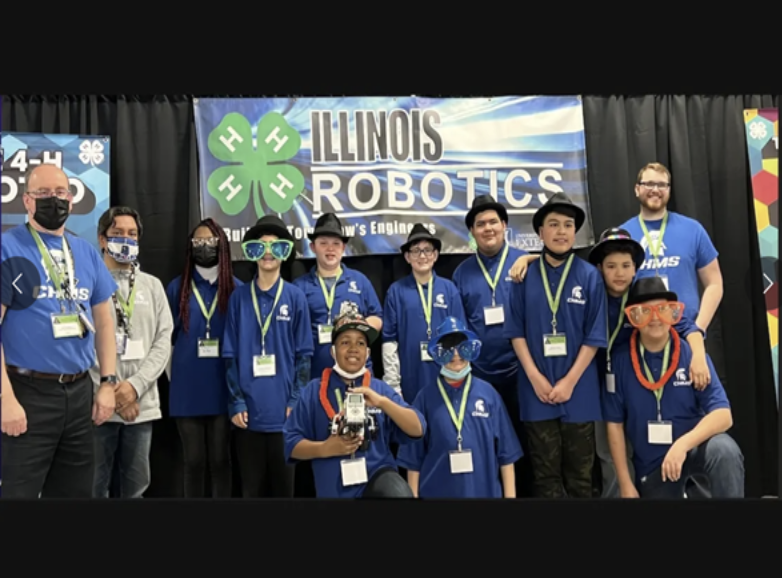 Competing at the challenge’s top-level against elite Robotics squads from schools across the state, the Spartans brought home the prestigious Judges Award.

Adding to this impressive accomplishment is the fact that the CHMS squad was made up primarily of sixth- and seventh-graders.

“I am incredibly proud of the commitment and can-do attitude exhibited by all our team members,” said coach Joseph Frieders.

“In its first year of competition, our squad kept improving their performance and impressing everyone with their dedication and talent.”

At the competition, the team introduced their “Gyro-Boy” robot, in which a gyro sensor controls the robot to operate while balancing on two wheels. This innovative device and the fantastic display of teamwork helped the Spartans capture the Judges Award.

Committed to creating a program that best addressed the competition’s theme of “Spacebot,” the Spartans decorated the field upon which the robots ran their programmed routes.

“I cannot overemphasize the importance of the experience and leadership that Raymon Colin, Aryan Navarro, Carter Handy, and Rogelio Perez provided for our team,” Frieders stated. “Their ability to build, code, and design the field was integral to our success.”

In praising his team’s performance, Frieders acknowledged that the squad had done a fantastic job at the state event while competing against more experienced teams that already had competed at many Lego tournaments.

The Chicago Heights Middle School’s Robotics Team works in concert with the University of Illinois Extension and the 4-H Youth Development in a program that integrates the 4-H Robotics Curriculum providing students with the opportunity to engage critical thinking in mathematics, science exploration, and programming skills through robotics.